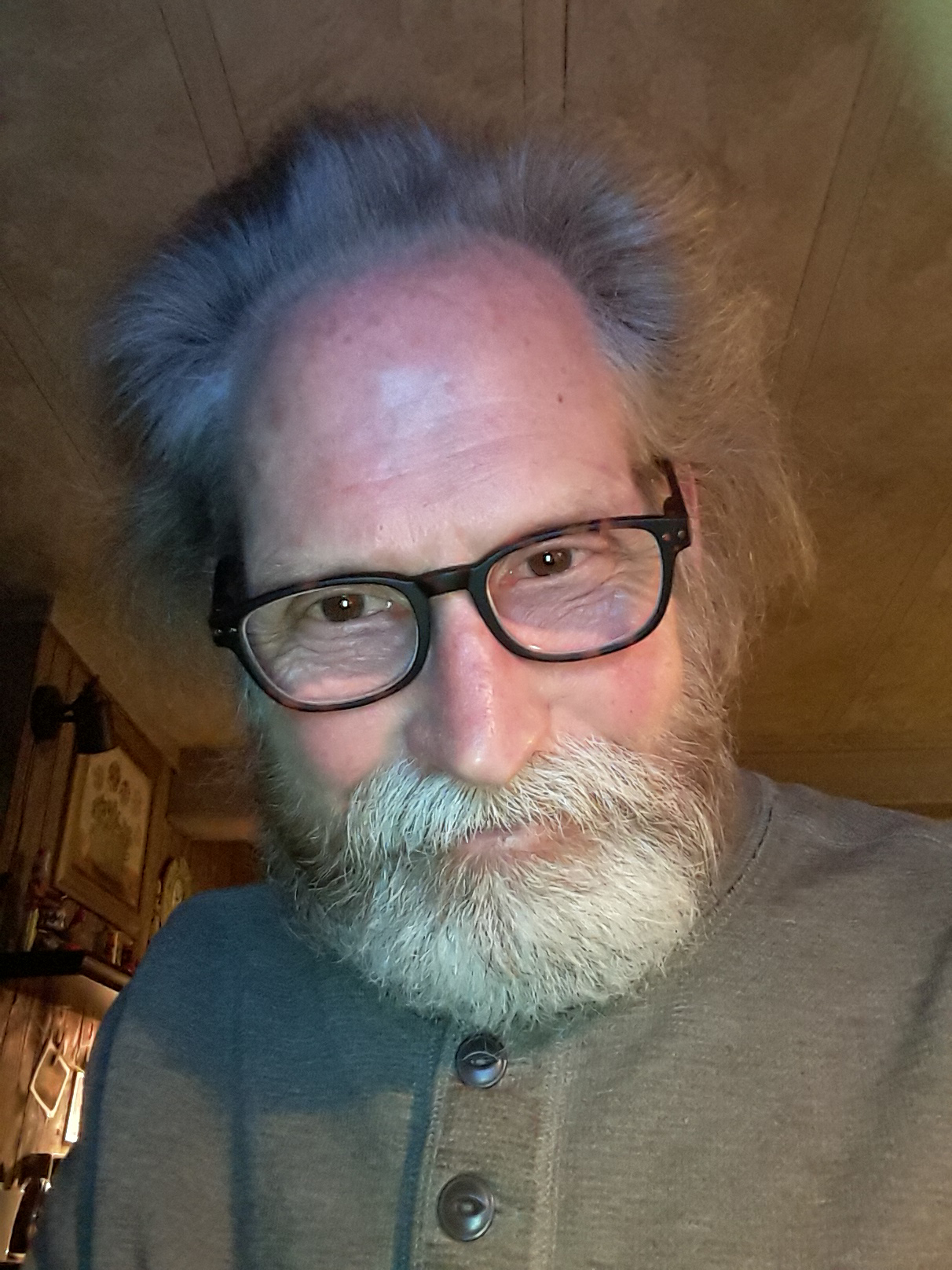 He's had many jobs in his life. The longest was working nearly twenty years for a large manufacturing company as a sales and technical development and training instructor. He and his team designed and wrote sales and technical manuals and then traveled around the country providing training on what was in the manuals. He also worked in two different family owned garden centers and most recently was part owner of a small gift shop where and he and his partner sold hand crafted jewelry, leatherwork, and a variety of other gifts items, as well as original artwork.

He's always wanted to be a writer. Over the years Jim has self published his haiku and poetry in handmade booklets of his own design. Five years ago he began to focus on writing short and long fiction. He set up a blog and began posted his stories in June, 2015. In early 2018, he started sending his stories out for submission. His first one appeared in CafeLit in March, 2018. Since then, in addition to CafeLit, his stories have appeared in The Writers' Cafe Magazine, A Million Ways, Cabinet of Heed and Paragraph Planet.

He'll tell you he's new to this "Getting your work out there" process, but he's enjoying it. He likes the challenge of producing good, quality stories that he can be proud of. He enjoys entering contests and writing to a theme. He's won no awards and very few accolades, but that's all right with him. He writes because he loves to write. He's not planning to quit anytime soon.

You can check out Jim's blog to see more: www.theviewfromlonglake.wordpress.com.